Posted by Bohm Commercial Real Estate at 2:12 PM No comments:

Posted by Bohm Commercial Real Estate at 11:32 AM No comments: 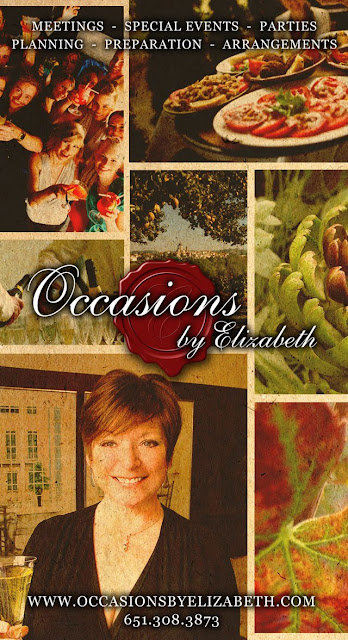 An event like Art-A-Whirl brings communities together - and it is hard to beat the NE Minneapolis peeps. We would like to feature an amazing woman, Elizabeth Siegrist, owner of Occasions by Elizabeth, who was eager to donate her services and participate in Art-A-Whirl 2010 at the Thorp & CBC. Thank you Elizabeth for all your time and contributions in helping us prepare for what will be an amazing event!
Posted by Bohm Commercial Real Estate at 9:53 AM No comments: 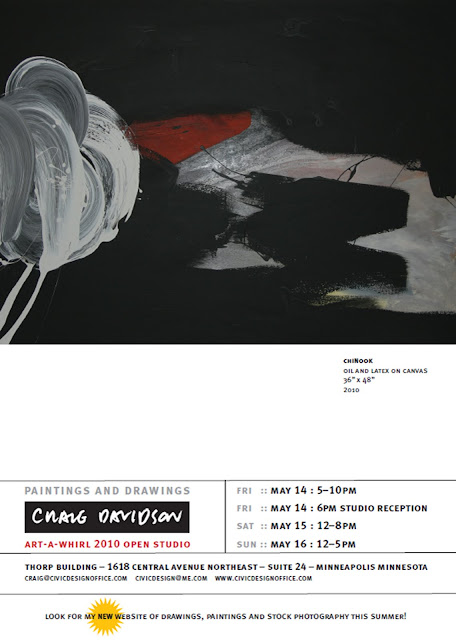 vist http://www.civicdesignoffice.com/ for more information.
Posted by Bohm Commercial Real Estate at 9:44 AM No comments: 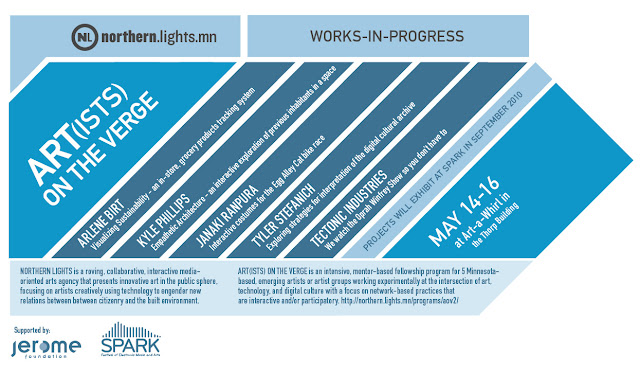 Posted by Bohm Commercial Real Estate at 5:03 PM No comments: 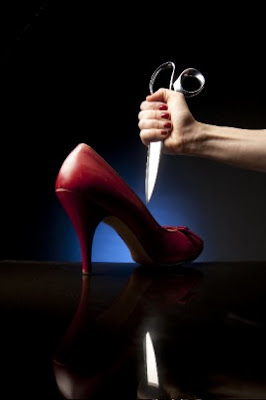 
An Art-A-Whirl newcomer, Riley recently moved her studio from her apartment to the Thorp building, the birthplace of Art-a-Whirl, late last year.
The fashion show will feature a combination of past, present and mostly future Red Shoe looks. A dress and leather holster from the first Voltage Fashion show will be one of the examples of past looks. The first part of the show will be dark, but colorful, and evolve into a much lighter, optimistic, blank canvas ideal.
THE “DEATH” OF RED SHOE?
A few months ago, Riley began the process of trade marking her long-time business name and logo. Shortly thereafter, she received the bad news: someone else had “Red Shoe” trademarked since the year she was born.
“I wouldn’t have even had a chance!” laughs Riley. “It was my only solace moving forward at that point.”
“It’s been very challenging to come up with a new name. I’ve been passing around a list of possible names to people to get their opinions, but I’m still undecided. I may unveil the new name at the show. If not, I, like Prince, will have to be just a symbol for awhile,” Riley laughs; referring to the button & needles logo she’s currently in the process of trade marking.
“Although it is a ‘death,’ this show will be uplifting and show my optimism for the future,” Riley says.
ABOUT RED SHOE CLOTHING, CO.
Red Shoe Clothing, Co. is the playground for Minneapolis design maven, Kerry Riley. While studying in London at the American Intercontinental University, Riley worked under legendary British designer Zandra Rhodes. After completing her BA in Apparel Design in 2001, Riley honed her skills as an assistant designer and patternmaker at one of the leading dancewear companies in the country, Satin Stitches.

Since then Red Shoe was born, earning a reputable following by creating classic, tailored, professionally constructed clothing and leather accessories for both men and women. The label’s designs have been displayed in countless fashion events such as Diva MN and the Midwest’s premier fashion show, Voltage: Fashion Amplified every year since its inception in 2004. Riley has also designed costumes for a number of Zorongo Flamenco productions, the Sandbox Theater, and currently teaches a weekly Fashion Class at Old Arizona.
Visit www.redshoeclothing.com

jewelry for the show provided by Carrier Pigeon…………www.carrierpigeonjewelry.com
Posted by Bohm Commercial Real Estate at 2:12 PM No comments: